Skip to content
The story of the town of Falkirk spans many centuries and habitation can be traced as far back as the pre-Roman days. Yet the town today, while looking back on its many historical roots, has survived modern-day industrial decline to become a thriving, vibrant community. Settlers were here even before the Roman invasion of AD82, which saw the Emperor Antonine’s new coast-to-coast defensive wall built through what is now Falkirk. Indeed, parts of the wall can still be seen today. Later in its life, Falkirk was the scene of two historic battles, became a boom town through the development of the railway, the coal and iron industries and grew to accommodate a large population. Like many other parts of Scotland, Falkirk saw its economy suffer as these industries declined but has adapted to become what it is now – a busy, bustling town with many amenities, including pubs and clubs, restaurants, two main shopping centres, excellent schools and is at the heart of Scotland’s railway and motorway networks. There’s even an international airport only 25 minutes’ drive away. 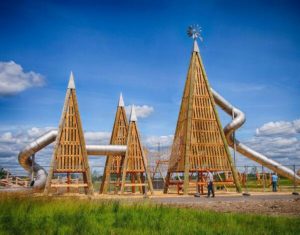 The Helix Park was created to bring back into green, breathing life some 350 hectares of former industrial and derelict land, to connect to and be enjoyed by its surrounding 16 local communities. The park has seen some amazing developments in its short life span. Now locals and visitors alike can enjoy a kilometre of new canal with towpaths, creating a safe new connection to Grangemouth; 27 kilometres of shared access, high quality pathways, a new lagoon and splash play area; a wetland walk board; two new pieces of public art; and multiple community projects. The Park is also host to several live events annually and has boosted the local economy and employment prospects. 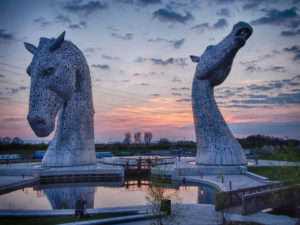 Now world-famous, the Kelpies are two 30-metres high, metallic horses’ heads. representing the creatures of Scottish myth and legend, beasts which had the power of ten horses. The sculptures, by Andy Scott, stand guard over the Forth and Clyde Canal and dominate the skyscape for miles around. They also pay tribute to the industry of the horses who towed barges along the canal, which were in their day the motorways of Scotland, carrying goods and wares across the country.  The Kelpies, opened to the public in 2014, attract many thousands of visitors each year to Falkirk. 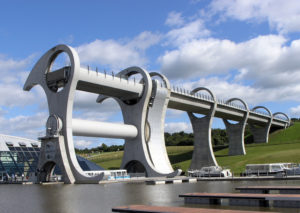 The Falkirk Wheel is often described as a monumental feat of Scottish engineering – but it is much more than that. Easily seen from many miles away as you approach the town, the wheel is a rotating boat lift, connecting two of Scotland’s most important canals, the Forth and Clyde and the Union Canal, for the first time since the 1930s.  Opened in 2002, the Wheel is part of the MIllenium Link project and restores the traditional waterway between Scotland’s two largest cities, Edinburgh and Glasgow. The Falkirk Wheel is the only rotating boat lift of its kind in the world, and one of two working boat lifts in the United Kingdom. It has its own visitors centre and attracts many thousands of visitors annually. 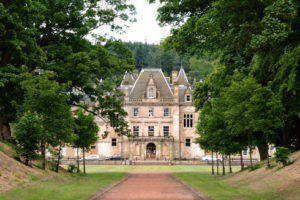 Callendar House is built on the line of the Romans’ coast-to coast defensive Antonine Wall and can be traced back through 600 years of history. Now an impressive chateau-style mansion, and linked to the Scottish Baronial style of building, the house has passed through many changes of ownership – and played host to many historical figures. Although its main feature is from the 14th-century, it’s thought a 12th century thane, a forebear of one of the owning families, had his hall nearby. During its lifetime, visitors have included Mary Queen of Scots, Oliver Cromwell, Bonnie Prince Charlie and Queen Victoria. It is now owned by Falkirk Community Trust and boasts a museum, tea-room and working Victorian kitchen. The house sits in the impressive 500-acre Callendar Estate, with a pitch and putt golf course, play park, boating loch  and many woodland walks. 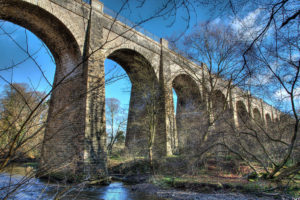 This park, consisting of 170 acres of beautiful woodland and open spaces, is a jewel in the firmament of the Falkirk area. While it too has historic links, once being the seat of the famous Stirling family at Muiravonside House, it has been carefully and skillfully brought into the 21st century and is a haven for adults and children alike. It is part of the River Avon Heritage trail and has forest paths, picnic sites and a playing area. The Newparks Farm is now an animal attraction and one can also find both agricultural and industrial artefacts from bygone days. 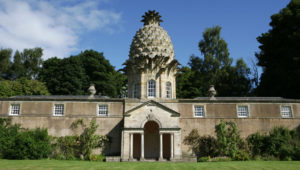 While sometimes described as a folly, it’s thought the whimsical Pineapple, situated eight miles north of Falkirk, was built in 1761 as a joke by the 4th Earl of Dunmore.  He had come back to Scotland after serving as Governor of Virginia, where often a pineapple was placed on a gatepost by sailors to indicate their return from service. This was the Earl’s rather eccentric – and no doubt, expensive –  way of saying he too had come home. Originally a “single-storey” building, the summerhouse was extended by one floor, giving magnificent views of a huge walled garden. Ever popular with visitors, the building has been taken over by the National Trust of Scotland and if you too share the Earl’s flair for the flamboyant, you can book through the NTS to stay there for a night or two! 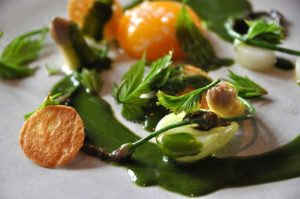 Falkirk can be described as sociable area and has a number of pubs, clubs and restaurants, catering for all ages. For those who like traditional pubs, the town’s oldest hostelry, the Wheatsheaf Inn, lies on Baxter’s Wynd, just off the historic High Street. Dating back to 1797, the pub carries many real ales and is a popular haunt. Other decent locals include the eclectic Behind the Wall or if you’re walking the canal, why not try the Canal Inn (locally known as the War Office).  For those who want to venture further afield, Stirling and its nightlife is only a 12-minute train ride away and of course Falkirk lies on the main Glasgow-Edinburgh line. 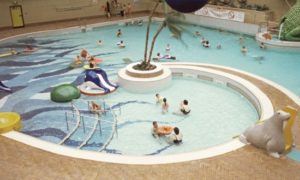 Callendar Park, the Falkirk Wheel, the Kelpies and the Helix Park are all on the doorstep. But Falkirk also has many leisure facilities, such as the publicly-owned Mariner sports centre for the more health-conscious, a cinema, several lawn bowling clubs, ten-pin bowling, an indoor bowling centre, a dry ski-slope nearby, several golf clubs and for those who enjoy the uncertainties of life, the famous Falkirk FC play their homes games at the Falkirk Stadium. The Town Hall also hosts many live shows and events throughout the year. 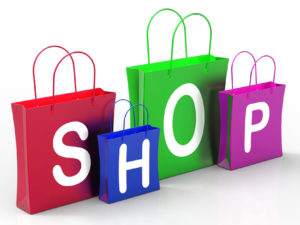 Falkirk has two main shopping areas (The Howgate and Callendar Square), the focal point being the High Street. As well as many familiar national outlets, there are several privately-owned shops, many run by families throughout the decades.  Only some few hundred yards away lies the Central Retail Park, again home to many High Street names, from supermarkets to furniture stores, with ample parking. Stirling too has its Thistle Centre just a short drive or train journey away and Edinburgh and Glasgow are easily accessible by train. 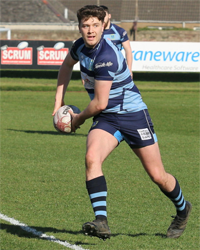 GRS Homes is proud to be a sponsor of Falkirk Rugby Football Club. We are delighted to support a club that fosters and encourages the values of the game, such as fitness, team spirit, respect, fairness and inclusion. The club is one of several charities we support locally and we are happy to continue to do so.

Sorry, no Tweets were found.